The Future of Rail: 4 Trends to Watch

The year: 1869. The place: Promontory Summit, an elevated area in the great territory of Utah, which wouldn’t become a state for another 27 years. The event? Track-laying crews from Union Pacific and Central Pacific Railroads hammering in the last iron spike, marking the official completion of the first U.S. transcontinental railroad. Just like that, travelers could cross from one ocean to the other in just seven days—a voyage that previously took four months. 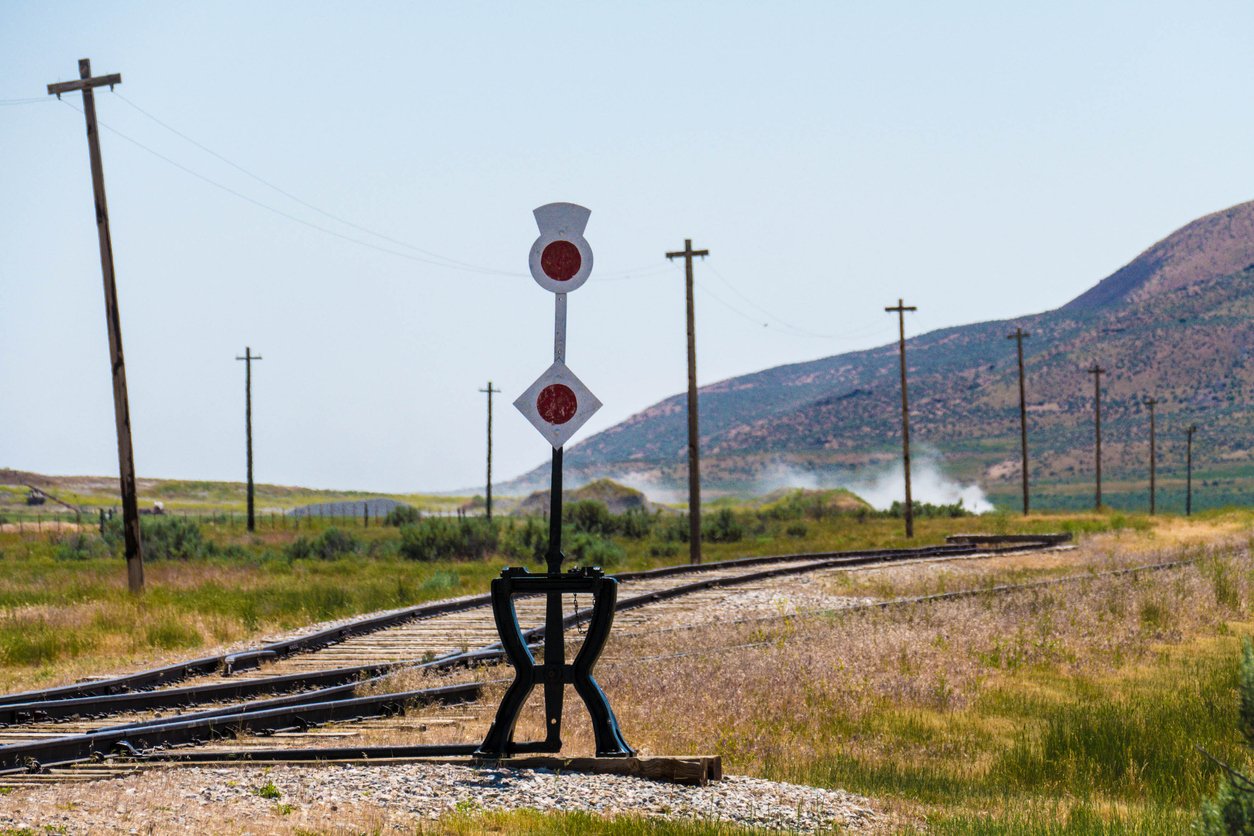 Trains ushered America into a new era. It was suddenly possible to send mail, goods, and passengers across the country, and we couldn’t get enough. Since then, transportation technology has only gotten faster, cheaper, and more efficient in general, and train travel has advanced right along with it. Every year, rail transport is responsible for moving $179 billion dollars' worth of freight between the U.S., Canada, and Mexico—second only to the trucking industry.

After nearly two centuries of rail transport, the industry remains strong. So, what does the future hold for this time-tested mode of movement?

Positive Train Control (PTC) is the newest technology in train safety. Designed to prevent accidents, these systems can stop a train automatically. When the system detects the train is traveling on the wrong track or over the approved speed limit, PTC slows and halts the train, stopping accidents in their tracks. 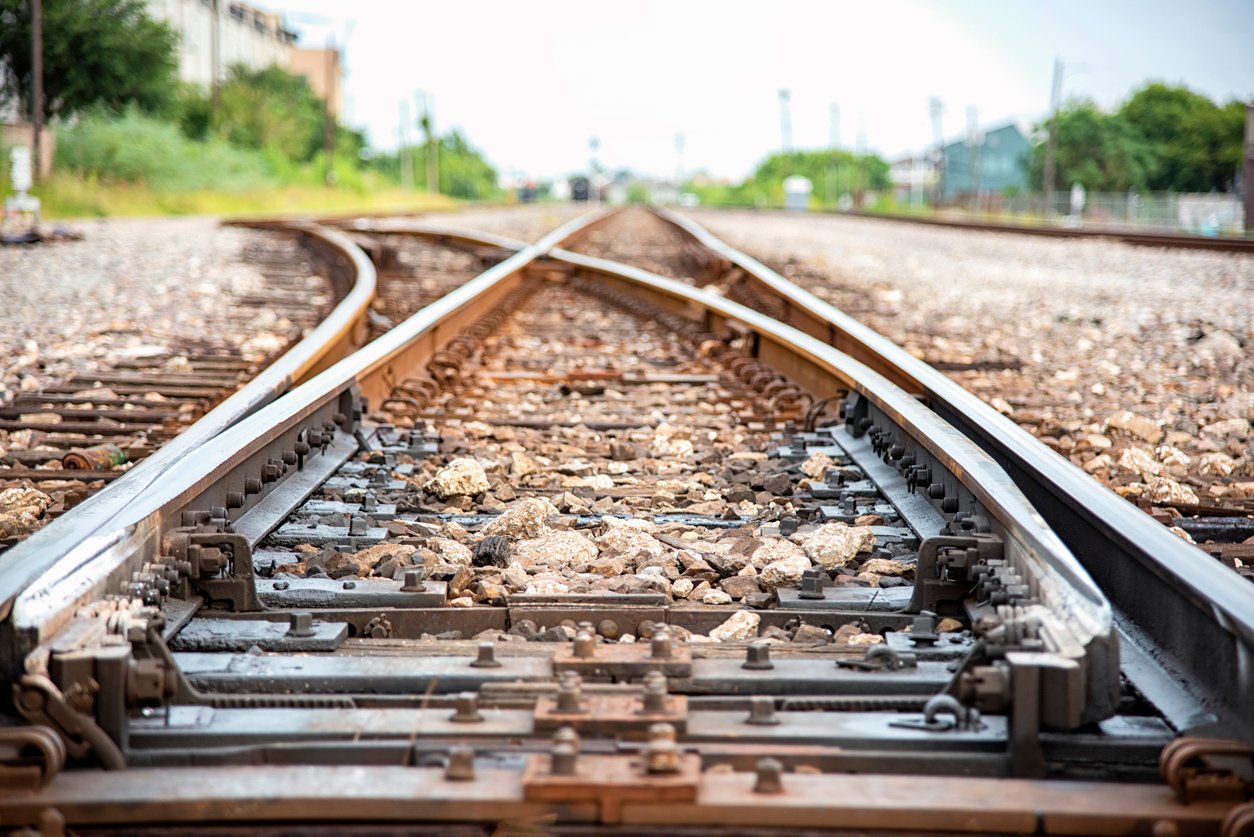 Photo courtesy of iStock/Art Wager
The switch, or intersection, of two railroad tracks located in the urban downtown Houston area.

How does it work?

The train’s computer holds information about the route, including speed limits, ongoing construction, and known hazards. That same computer updates dispatchers through GPS or antenna, letting them know the speed and location of the train as it travels. If the train starts to go too fast, the conductor receives a warning and can act accordingly. In an emergency, the computer can even apply the brakes on its own. With help from PTC, incidents like the Amtrak derailment in 2015 are sure to decrease.

As of January 2020, PTC is operating on “98.5 percent of required Class 1 route-miles,” which include Amtrak and Via Rail. That number is estimated to reach 100 percent in the near future, followed by PTC being added to regional and additional railroad classes.

Precision Schedule Railroading (PSR) is optimization at its finest. 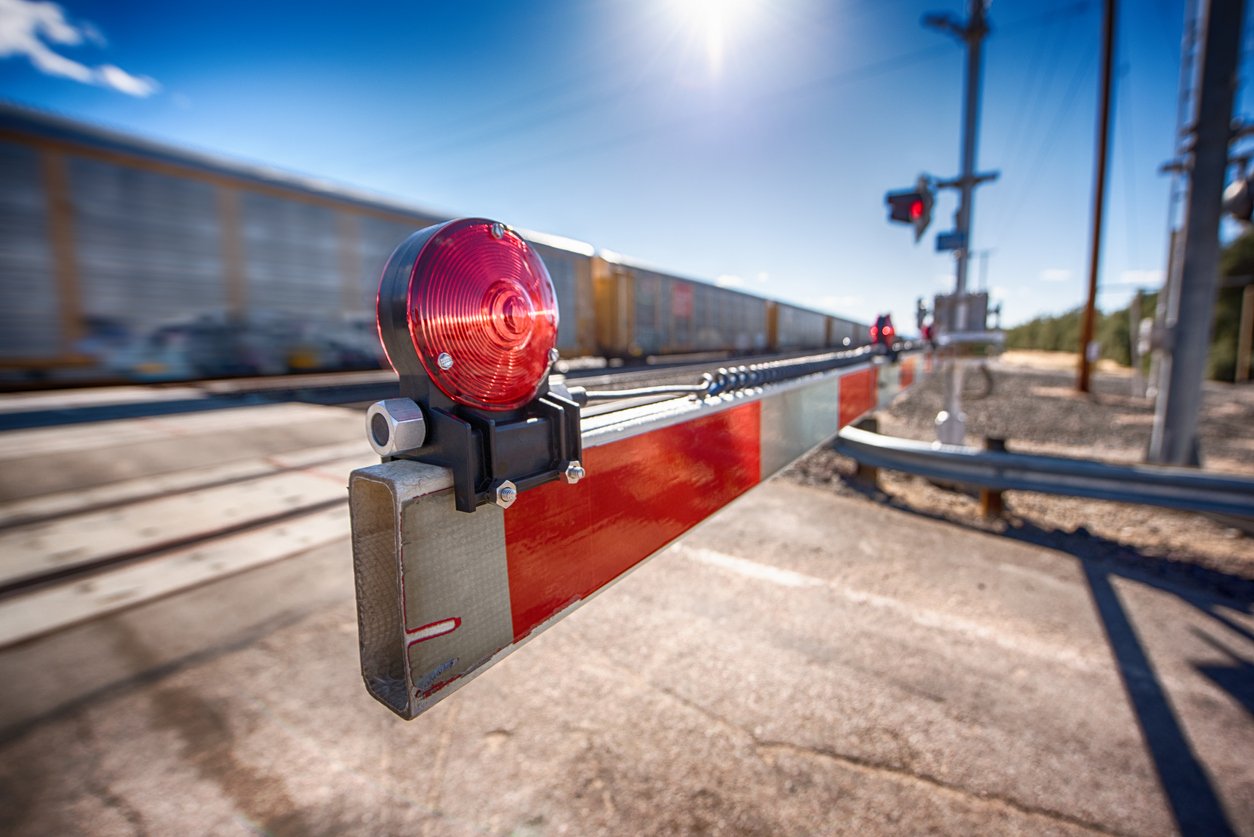 Photo courtesy of iStock/Art Wager
A railroad crossing with the gate closed as a freight train passes eastbound from Los Angeles through the Southern California desert at Kelso Junction located in the Mojave Desert in eastern San Bernardino County, California.

When it emerged in the 1980s and 90s, PSR was revolutionary. Created by railway legend Hunter Harrison, PSR involved consolidating networks, eliminating inefficient routes, and focusing on point-to-point freight shipping, rather than a hub and spoke method The idea was that if product can be moved directly from origin to destination over as short a distance as possible, the railway can save a great deal of time and money.

Before his passing in 2017, Harrison successfully converted Illinois Central Railroad, Canadian National Railway, and Canadian Pacific Railway to his methods, resulting in positive outcomes for shareholders.

Moving freight as quickly and efficiently as possible seems great, but there is a catch: It can put a strain on customer relations. For example, PSR trains run on extremely rigid schedules: if the wagons aren’t loaded, that’s too bad—trains leave with or without a customer’s cargo. And frankly, when short-term profits are held above long-term customer relations, it can be bad for business.

That’s why PSR continues to evolve. BNSF Railway—one of the largest freight railways in North America—has yet to apply PSR to its 32,500 miles of track. However, they’ve stated that they are willing to implement certain elements of Harrison’s strategy, provided they benefit the company as well as the customer. Union Pacific Railroad appears to be seeking the same balance, announcing their decision to reopen 58 service lanes to better serve their clients—lanes that had been closed as part of a PSR plan.

No one is saying Harrison’s legacy will disappear, but it does seem the time has come to strike a balance between service and speed.

3.   Growth Transition from Coal to Chemicals

Moody’s Investors Service expects intermodal shipping—shipping that moves goods from boat, truck, and rail by transferring the goods inside special large containers, using a series of vendors—to remain stagnant or even fall by 2.5 percent in 2020. 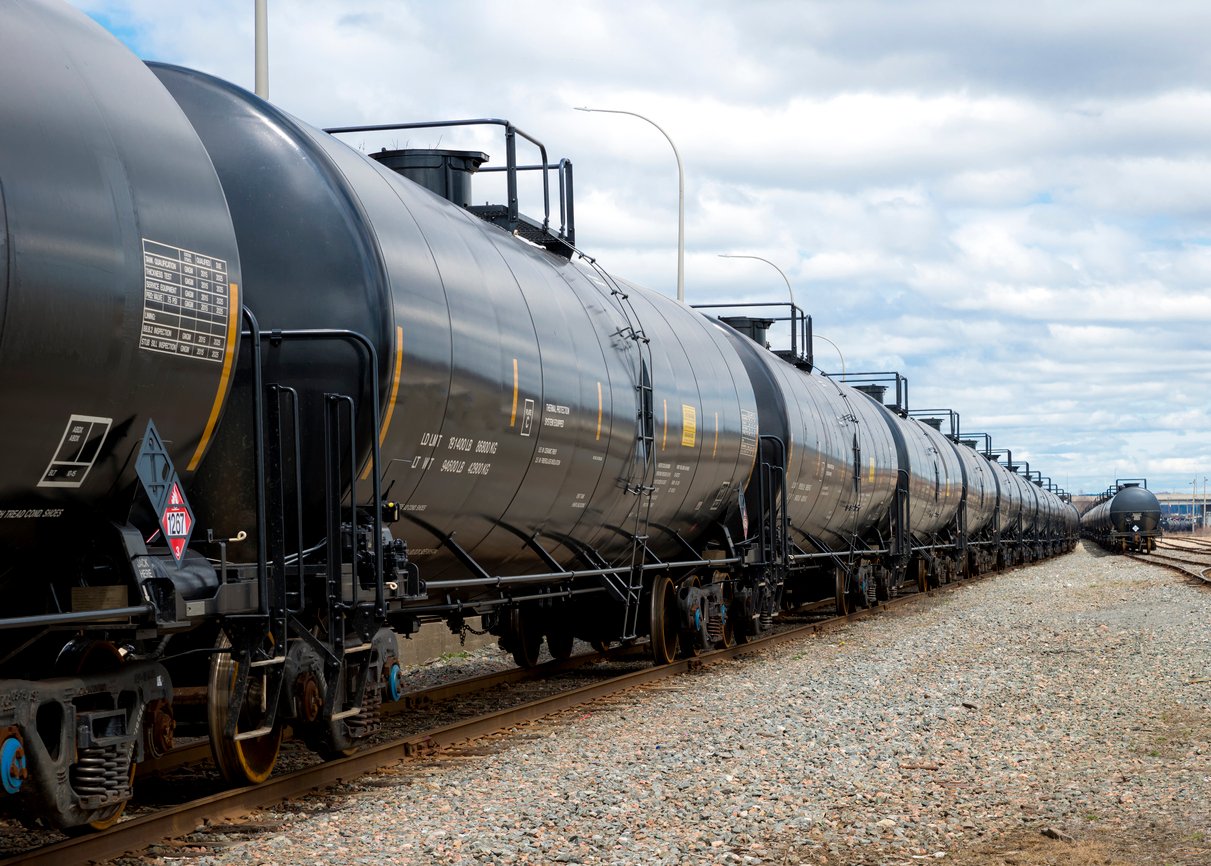 They also predict a steady decline in coal shipments, anticipating a fall in shipping volume at an average of 7 percent over the next 10 years. The decline is a result of falling coal demand among U.S. utilities.

However, there is room for growth when it comes to shipping petroleum products and chemicals. Chemical shipments—comprised of drugs, soaps, chlorine, fertilizer, and thousands of other products—were the second-largest revenue creator in 2019, just ahead of coal. Those numbers are expected to grow which could also lead to a boost in intermodal shipping. And rail transport is one of the safest ways to move chemicals and hazardous materials, so don’t expect it to go anywhere soon.

Talk of self-driving cars has been swirling around for years, but what about self-driving trains? That seems like a simpler task, considering that trains run on tracks and are already monitored and aided by computers. So how close are we to that reality?

Closer than you think. 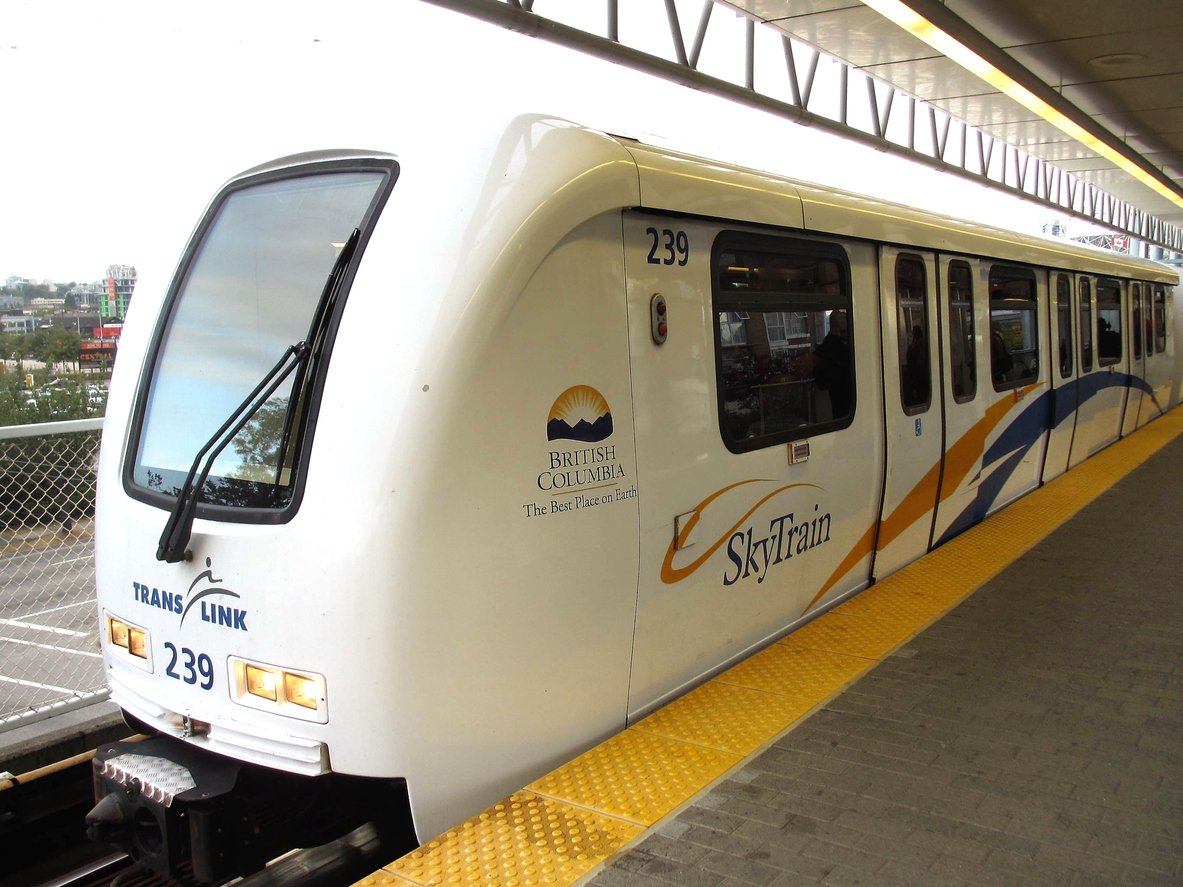 Photo courtesy of iStock/Ceri Breeze
A train on the "Skytrain" driverless public transport system in Vancouver about to depart the platform.

Automated metro trains have been around since 1981, but today there are 64 automated lines spread across 42 cities internationally. And in June of 2019, Rio Tinto, an Australian mining company, completed the first automatic heavy-haul rail system in the world transitioning to fully automatic driverless operation for roughly 200 locomotives. They are already seeing lower operating costs, improved reliability, and quicker journey times.

Moving toward fully automated rail in America will be a challenge because passenger and freight trains often share the same tracks, but it’s certainly in the works. And in France, where the same shared-track problem exists, researchers are hoping to have a driverless passenger/freight prototype by 2022. Across the world lines are increasingly being automated as improvements to the processes are made and benefits are becoming clear.

As for the tangible, physical, every-day part of rail, that’s where we come in.

Discover all of Dixon’s products used in the railcar unloading market segment, or call 877.963.4966 or