Ship-to-ship LNG transfer operations include oceangoing vessels underway or harbor operations where a moored ship is typically docked at a pier. It can involve either a cargo transfer or a fueling operation for an LNG-propelled ship. Either way, the transfer operations demand strict safety standards and flawless execution considering the factors involved with two ships at sea. 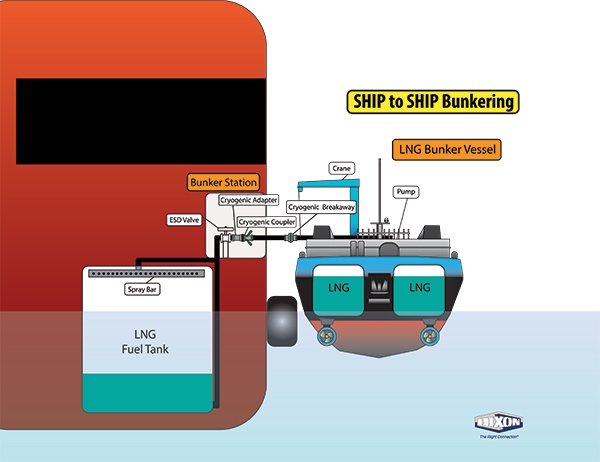 Shore-to-ship operations involve LNG being transferred to a ship from an onshore storage terminal or depot. Shore-to-ship operations are performed in sensitive envi­ronments where safety concerns are critical. Of paramount importance is the need to have simultaneous operations (SIMOPS) happening at the same time as the fuel transfer, as minimizing time in port helps keep operating costs in line. Operations such as crew changes, offloading/onloading of cargo, plus passenger departures and arrivals on cruise lines and ferries play a role in optimizing operational efficiencies and keeping their related costs under control. 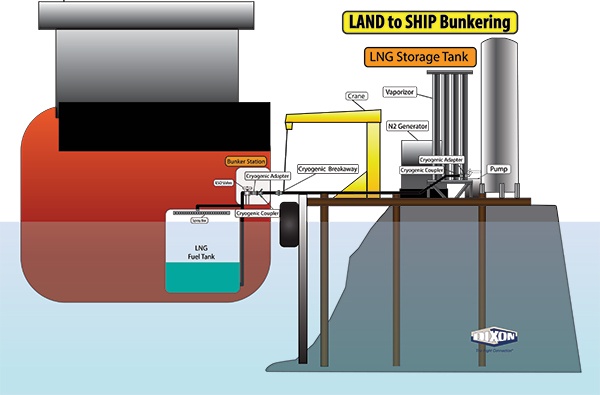 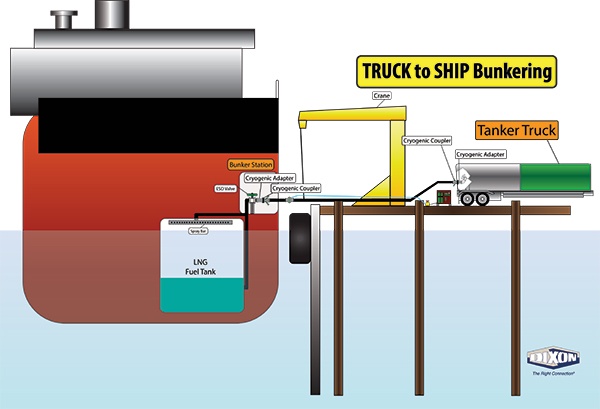