A Primer on Big Oil

Petroleum, jet fuel, gasoline, diesel, kerosene—we’re hooked on oil. It powers our cars, delivers our Amazon packages, heats our homes, and gives us the freedom to travel the globe. In just over century, we’ve transformed plodding horse-drawn carriages into superfast Ferraris: Fossil fuels have revolutionized our lives.

And yet, the average American knows relatively little about that black gold we call oil. 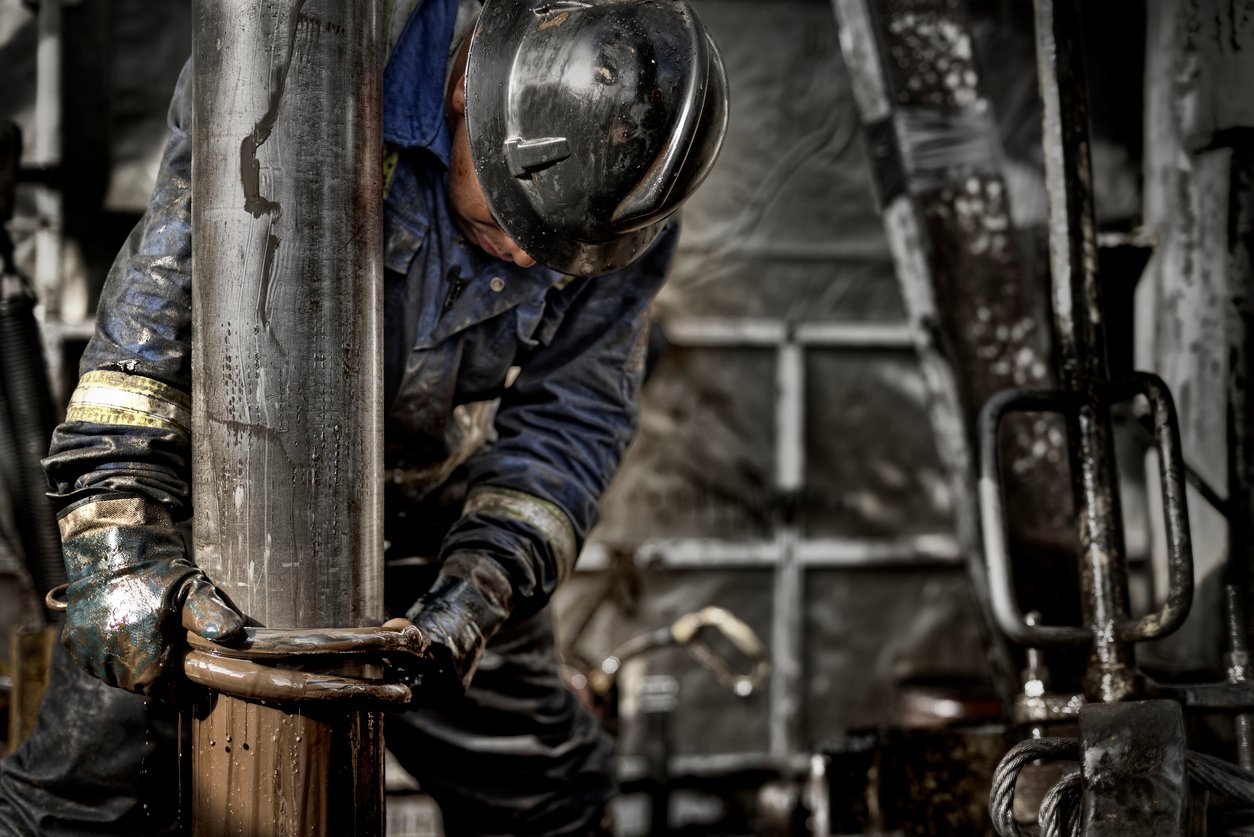 A Brief History of Oil

Where did it all begin? Not in oil-rich Saudi Arabia or the United States, but in ancient China.

When you think of how deep you would have to drill in order to find oil, it’s a wonder anyone discovered it at all. But even more astonishing is the fact that the first known use of crude oil was more than 2,000 years ago.

The Chinese were using oil as early as 600 B.C., eventually digging wells as deep as 800 feet. Combining bamboo and innovation, they eventually created a transportation network. The crude oil would flow through the hollow bamboo to its destination where it would be used to evaporate brine and produce salt. Some ancient texts even suggest that China and Japan may have used natural gas for light and heat centuries ahead of their time.

In America, the history of oil didn’t begin until the 1800s. Colonel Edwin Drake drilled for oil near Titusville, Pennsylvania, in 1859, creating what many consider to be the first modern well. Drilled with a steam engine and backed by the Seneca Oil Company, the hole reached a depth of 69.5 feet before striking oil. The crew collected the oil in a bathtub.

Drake’s commercialized well sparked an oil boom that the world has yet to see the end of.

In the years that followed, wells were created across the country and around the globe, transforming oil into a major industry.

ExxonMobil, Chevron, Shell, and BP—you’d be hard pressed to find someone who’s never filled their gas tank from one of these establishments. These four companies are practically synonymous with the word “gasoline,” and with good reason: They were first to take oil and turn it into a big business.

You’re already familiar with John D. Rockefeller, the New York millionaire of Rockefeller Plaza fame. Rockefeller founded Standard Oil, which was later dismantled by the Supreme Court into 34 smaller companies, two of which eventually became ExxonMobil. Rockefeller revolutionized the burgeoning oil industry and ultimately made his fortune when he formed the Standard Oil Company in the 1870s. By 1879, Standard Oil was dominating America’s oil industry. It controlled 90 percent of refineries and pipelines, eventually extending its power to include exploration, production, and marketing.

If that’s true, why have you never pumped gas at a Standard Oil Company fuel station? The Supreme Court ruled its dismantling in 1911, leaving 34 companies in its wake including—you guessed it—ExxonMobil and Chevron Corporation.

Meanwhile, across the pond, the Royal Dutch Petroleum Company and Shell Transport were joining forces to compete with the Standard Oil powerhouse.

Royal Dutch Petroleum originated in the Netherlands in 1890, while Shell Transport was founded a few years later in the United Kingdom. Hoping to keep pace with Rockefeller’s seemingly unstoppable company, the two businesses merged in 1907 to form Royal Dutch Shell.

Around that same time, a team of British geologists stumbled upon a massive amount of oil in Iran—the first significant finding of oil in the Middle East. The discovery led to the launching of the Anglo-Persian Oil Company in 1909. By 1913, the British Government owned a controlling interest in the company, which eventually became the British Petroleum Company, or BP, in 1954.

Shell, BP, ExxonMobil, and Chevron are still ranked in the top ten oil companies in the world, with all four in the top 25 of Forbes’ list of the world’s largest public companies.

In 1960—right after the Anglo-Persian Oil Company became BP—five oil-rich countries formed an alliance: the Organization of the Petroleum Exporting Countries, or OPEC for short.

Despite harboring a huge percentage of the world’s oil, Iran, Iraq, Kuwait, Saudi Arabia, and Venezuela felt repeatedly undercut by powerful oil companies like ExxonMobil, Chevron, BP, and Shell. These giant corporations (plus Texaco and Gulf Oil, today both part of Chevron) controlled virtually all oil operations in the first world, giving them an enormous amount of political and economic power.

Together, these oil companies would reduce their prices for Middle Eastern and Venezuelan crude oil—as much as 10 percent—giving the oil-rich countries no choice but to cut their prices. Fighting back, Iran, Iraq, Kuwait, Saudi Arabia, and Venezuela formed OPEC to work together in raising prices of their crude oil.

Over the years, other oil-rich nations joined OPEC, which now claims 14 members as of December 2019.

What does OPEC do today? In an effort to control the price of oil, OPEC member countries work together to regulate oil production, more or less using the principles of supply and demand. However, this only works if all members agree.

In 2014, for example, improved shale fracking and an increase of U.S. oil production provided the world a surplus of oil, causing gas prices to hit a five-year low. Poorer OPEC countries asked for production cuts, but their request was denied and the market was left to correct itself.

What is a NOC?

A National Oil Company, or NOC, is any oil or gas company owned by a government—either in full, or as a majority shareholder.

Remember BP? When the British Government held over 50 percent of their shares, BP was a NOC—they sold 80 million shares in 1979, reducing the government’s holdings to 46 percent. Today, BP along with Shell, ExxonMobil, Chevron and others, are International Oil Companies (IOCs).

But don’t be fooled: NOCs are still a major player in the oil industry. In 2011, as much as 75 percent of the global oil production came from NOCs, with Venezuela and Russia leading the pack.

Since the 1970s, NOCs have added yet another dynamic to the world of oil, complicating the ever-changing balance of power and control.

An Oil Boom: The Unconventional Era

Anyone born before 2000 can attest to the massive leaps in technology of the last 15 years. From floppy discs to the cloud, flip-phones to smartphones, video rental to streaming—it’s a whole new world.

For North Americans, hydraulic fracturing—better known as fracking—led to a major decrease in the price of natural gas. From 2008 to 2012, the cost of domestic natural gas fell from over $13 per one million Btu, to under $2.

Today, the United States is the top oil-producing country in the world and continues to use fracking in an effort to gain total energy independence.

The Unconventional Era required a new line of products, specifically designed to meet the needs of the North American gas boom. These new methods of drilling demanded a lot from the equipment: connections and valves needed to be 100 percent reliable and leak-free.

Dixon’s engineers rose to the occasion. Our Boss LPS system, hammer unions, Vent-Lock cam and groove, and heavy-duty butterfly valves were produced to meet the stresses of the oil industry.

The world’s largest producer of oil, Aramco, is located in Saudi Arabia. As of December 2019, it has been classified as a NOC—owned by the Saudi government—but all that is about to change.

Aramco announced its plans to go public in November of 2019 and began selling shares of its stock on the Saudi stock exchange on December 11, 2019. The company was valued at $2.03 trillion as of December 12, 2019, and is now the most valuable public company in the world, though the Saudi government will continue to own a controlling interest.

Still, Aramco going public will change Saudi Arabia’s influence over the market. The company will be obligated to their shareholders, presumably becoming a global-minded company instead of a Saudi-minded one. For certain, it’s a new dynamic for everyone in the oil industry. Aramco stock could also tempt investors away from competing oil companies, creating an unbalanced stock environment.

Whatever happens, we’ll all be watching history in the making.

Want the industry’s best products for your fluid transfer systems? Dixon would love to help.

for personalized solutions to your company’s oil and gas challenges.