On February 7, 1904, a fire was reported in the John Hurston Building on West German Street just west of downtown Baltimore. As the fire progressed to neighboring buildings, fire companies from as far away as Washington, D.C., New York, and Philadelphia, PA arrived to help fight the blaze. But the firefighters from these other cities couldn’t use their equipment: The threads on their hoses didn’t match the threads on Baltimore’s hydrants. By the time the fire had died out, more than 70 city blocks and 1,500 buildings lay in ruin.
But the Baltimore fire did result in at least one positive development. A year later, the National Fire Protection Association (NFPA) published its first report on the importance of adopting universal fire hydrant threads. That report would eventually lead to the development of the National Hose (NH) thread, also known as National Standard Thread (NST) or “fire hose thread.” Today, NST is the most widely-used fire thread standard in the country. (Some jurisdictions, however, still employ local fire hose thread standards.)

The tragic story of the Baltimore Fire illustrates a broader point: If you don’t or can’t match threads—in any application—there’s no way you’re going to achieve a positive outcome. On the worksite, taking shortcuts or making mistakes when it comes to matching threads leads to leaks and potentially expensive clean-up costs, downtime, and/or injuries.

When it comes to using proper connections in industrial settings, the issue of mismatching threads remains surprisingly common. “It does happen a lot,” says Jeff Newell, project manager for sales and marketing at Dixon. “There are so many different threads out there—maybe 15 to 18 different styles, in addition to different sizes, so it’s often a challenge for a new person who is grasping the whole thread concept. Mistakes can happen.”

But if you know how to tell types of threads apart and consult a thread chart in order to determine thread compatibility, mishaps are greatly reduced.

The two primary kinds of threads can be classified as either parallel or tapered. If the diameter stays the same over the length of the threads, it’s parallel. Tapered threads decrease in diameter. 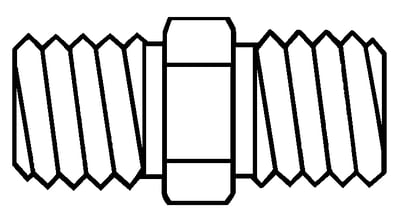 When it comes to pipe thread types, National Pipe Tapered or Straight (NPT or NPS) are the most common in North America. British standard pipe tapered or straight, BSP(T) or BSP(S), are the most frequently found in Europe.

So how can you differentiate one type of thread from another? Follow these five steps.

1. Is the thread male or female?
This is an easy one. If the threads are on the outside of the fitting, like a bolt, it’s a male thread. If they’re on the inside, like a nut, it’s a female thread.

2. Is the thread parallel or tapered?
Remember, if the diameter changes over the length of the fitting, it’s tapered. If it stays the same, it’s parallel. If you’re not exactly sure, use a pair of calipers and measure the diameter at the head of the bolt and at its end. If they’re the same, it’s a parallel thread.

4. What’s the thread diameter?
Use a caliper or O.D. tape to measure the outside diameter of a male thread and inside the diameter of a female thread. Take note: You may see small variances between your measurements and the size charts. This is due to different thread manufacturers.

5. So, what type of thread is it anyway?
Gather the information you’ve assembled in the previous steps and designate the thread according to industry standards. For example, “1/2–14 NPT” identifies a pipe thread with a nominal inside diameter of 1/2 inch and 14 threads to the inch, made according to the NPT standard. 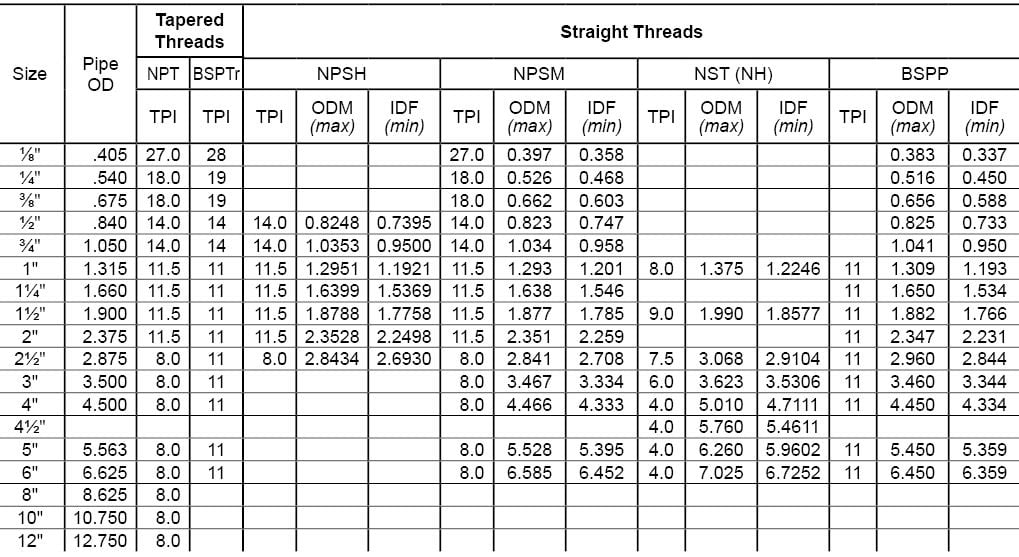 Now that you know all the details of the threads, you’re dealing with you still must make sure your fitting makes a compatible connection. The best way to determine which male and female fittings are compatible is to use a compatibility chart like the one below. 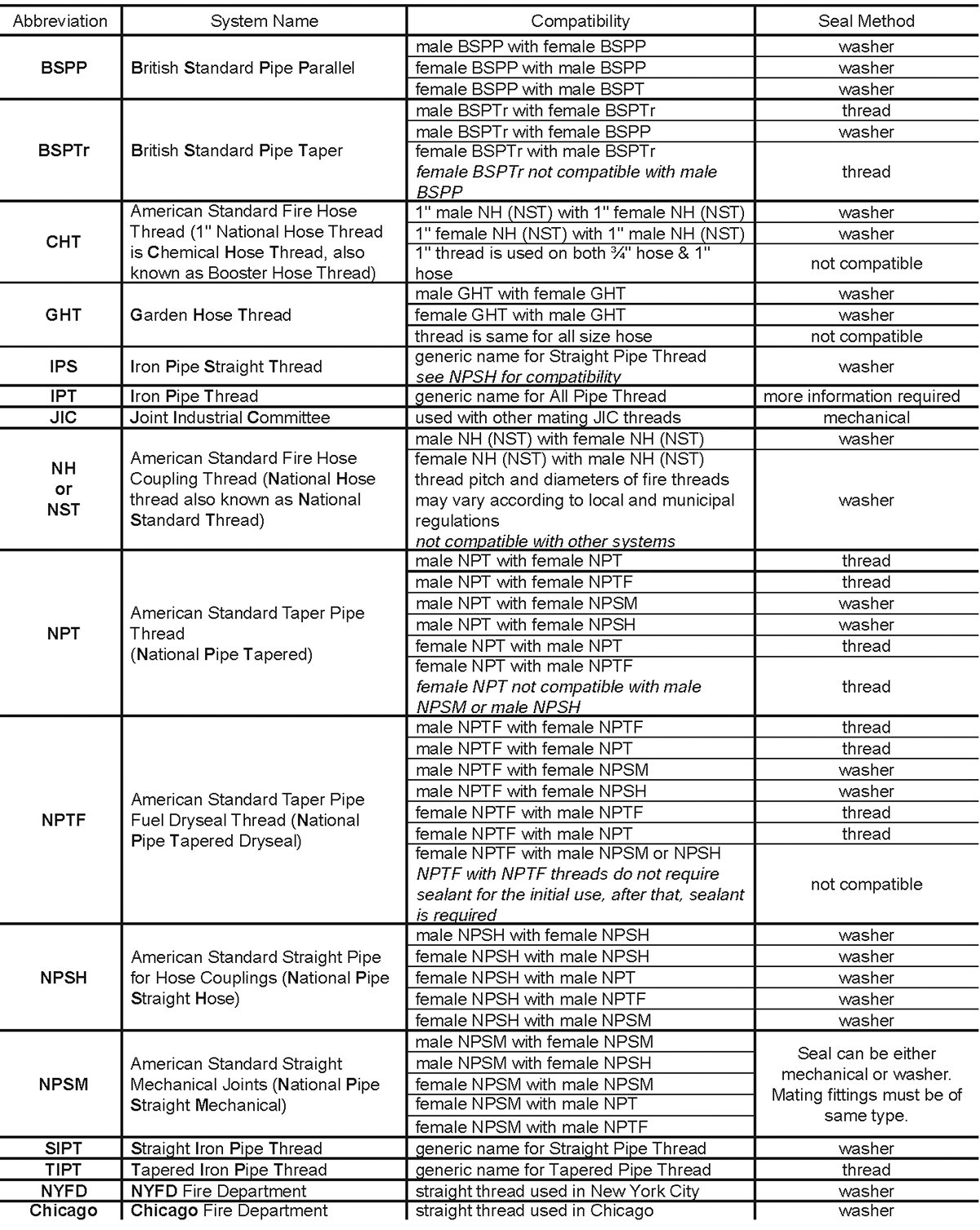 The standardization of thread types and sizes has come a long way over the years. If you use the measuring tools at hand to properly identify the thread and are careful to match threads on the job site, the odds of an accident will be dramatically reduced. If only the same standards had been in place for firefighters more than a century ago.

If you have any additional questions about threads or thread compatibility, please contact Dixon at 877.963.4966. We are happy to help.