From Well to Retail: Where Does Gasoline Come From?

Despite the fact that we depend on gasoline to get us from point A to point B, few of us could say how that liquid gets from the ground to our gas tanks. We buy milk from the store; we get fuel from a gas station: simple! But the milk wasn’t made in the store, nor the gas at your local ExxonMobil, so how did it get there?

Let’s start with the basics—of gasoline that is, not milk.

The oil and gas industry is divided into three sectors: upstream, midstream, and downstream. Production companies are organized into one of these three categories, depending on where they are in the process. 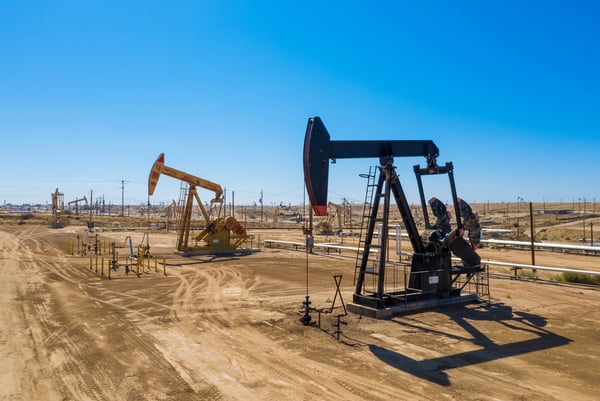 Everything starts with upstream operations: Any company that is involved with the very beginning stages of the oil process falls into this category. This includes searching for oil, drilling exploratory wells, and extracting the oil from the ground.

Once the oil is out of the ground, it’s handed over to midstream companies. These transporting experts are responsible for hauling the crude oil—via rail, tank, or pipeline—from the extraction site to a refinery, where it can be transformed into a useful product.

Downstream operations refine, distribute, and sell the final products made from the raw oil. Most consumers will interact exclusively with downstream companies.

It’s also possible for a large oil company to handle all of these operations—from upstream to downstream—as an integrated business that drills, produces, markets, and refines its own oil.

Now that we understand the terminology, let’s take a closer look at downstream operations, specifically the refining process.

From Crude to Refined

The crude oil extracted from the ground isn’t useful on its own—it can’t be pumped directly into a car or used as viable fuel. Instead, it needs to be distilled into useful products, a process which takes place at a refinery.

Photo courtesy of iStock/halbergman
Aerial shot of oil refineries at the Port of Los Angeles.

Refineries receive barrels of crude oil—each containing roughly 42 gallons of liquid—and convert them into useful products. For example, one barrel of raw oil will yield 19 gallons of gasoline, nine gallons of other fuels like diesel and kerosene, as well as smaller amounts of products like jet fuel and liquid petroleum.

All of these diverse products are created by refining the same barrel of crude oil. But how?

How the Magic Happens

Crude oil contains hundreds of hydrocarbons, a term used to describe any combination of hydrogen atoms and carbon atoms. Together, the two elements can form a wide variety of different compounds, depending on how many hydrogen and carbons are involved and in what shape. Methane (CH4), ethane (C2H6), propane (C3H6), and butane (C4H10) for example, are all hydrocarbons found in crude oil. But in order to be useful, they need to be separated in a process we call refining. The wet gasses separation process is called ‘fractionation’.

From there, the gasoline is ready to be transported to terminals, where the fuel is stored before distribution. It’s also where individual oil companies can create their unique blends of fuel by adding detergents to the fuel.

What are detergents, and why are they added to gasoline? To answer that question, we first need to discuss octane ratings.

What is octane? In chemistry terms, octanes are kinds of hydrocarbons found in gasoline. But for the rest of us, the octane number is a rating system for how well an engine performs. It does this by assessing how far the fuel can be compressed before igniting. The higher the octane rating, the higher the compression ratio, the better it will perform in gasoline engines. 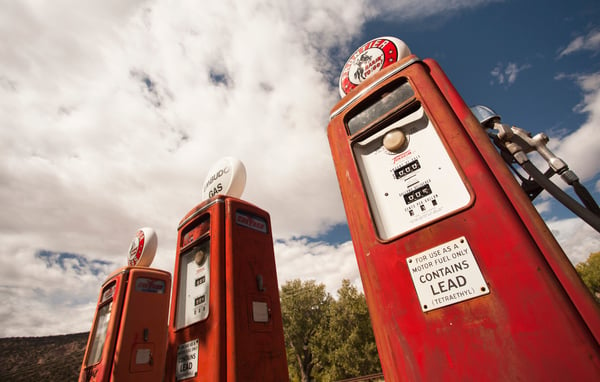 This birthed the era of leaded gas.

Decades later, the world realized that belching out immense quantities of lead wasn’t a good idea, despite how much it improved an engine’s performance. Leaded gas was banned in the United States in 1996, but its absence brought a new problem: how could refineries get the same octane ratings without using tetraethyl lead?

Ethanol, a non-fossil fuel, is a good alternative to tetraethyl, and is blended into gasoline at the refinery. You’ve probably noticed a choice between E10 and E15 fuels when at the gas station. The “E” stands for ethanol, and the 10 and 15 refer to the amount of it that has been added to the gasoline—either 10 or 15 percent.

When ethanol is added to the gasoline, it boosts octane levels while reducing pollution. Some new vehicles are even capable of running on fuel blended with up to 83 percent ethanol.

But if ethanol is added to gasoline at the refinery, why do individual fuel companies add additives and detergents to their gasoline? They do this to improve gas mileage, clean intake valves, and create a competitive edge.

Take ExxonMobil, for example. They create three tiers of gas—it’s what we would call regular, mid-grade, and premium. To make their blends, they add in up to nine different detergents and additives. Demulsifier additives are used to prevent water from accumulating in your gas tank. A corrosion inhibitor prevents rust while an anti-adhesion compound helps your engine start better in cold temperatures.

Some of their detergents are only available in their premium blends, which is what you’re paying for when you purchase a more expensive gasoline.

Big brands like ExxonMobil, BP, and Shell each have their own take on gasoline, using a different combination of additives and detergents to create their own special blend.

Finally, the finished product is transported—usually by truck—to your local fueling station where it can be purchased and safely pumped into your car.

Dixon Valve is involved in almost every step of this process.

With all those parts involved, it’s safe to say Dixon played a role in filling your fuel tank.